The archaeological evidence in Mesopotamia for Josephus Flavius’ King Jesus- Izas is lacking. However, the ancient Syriac chroniclers say that King Izas (Jesus) was actually the king of Edessa in northern Syria, another influential monarchy that has been largely deleted from the ancient chronicles. And this revised identification and location for this royal family fits the gospel stories like a glove. Now we really do know who the biblical Jesus was. Visit his city, see the ruins of his citadel, gaze upon his statue, handle his coins. In reality, the biblical Jesus- Izas was a son of King Abgarus V of Edessa, a princeling with a small realm, a large treasury, and even bigger ambitions. But the wise prince of northern Syria came up against an intractable Rome, and his many plans crumbled to dust. The jacket image of this book shows King Jesus-Izas wearing a Crown of Thorns, the ceremonial crown of the Edessan monarchy. 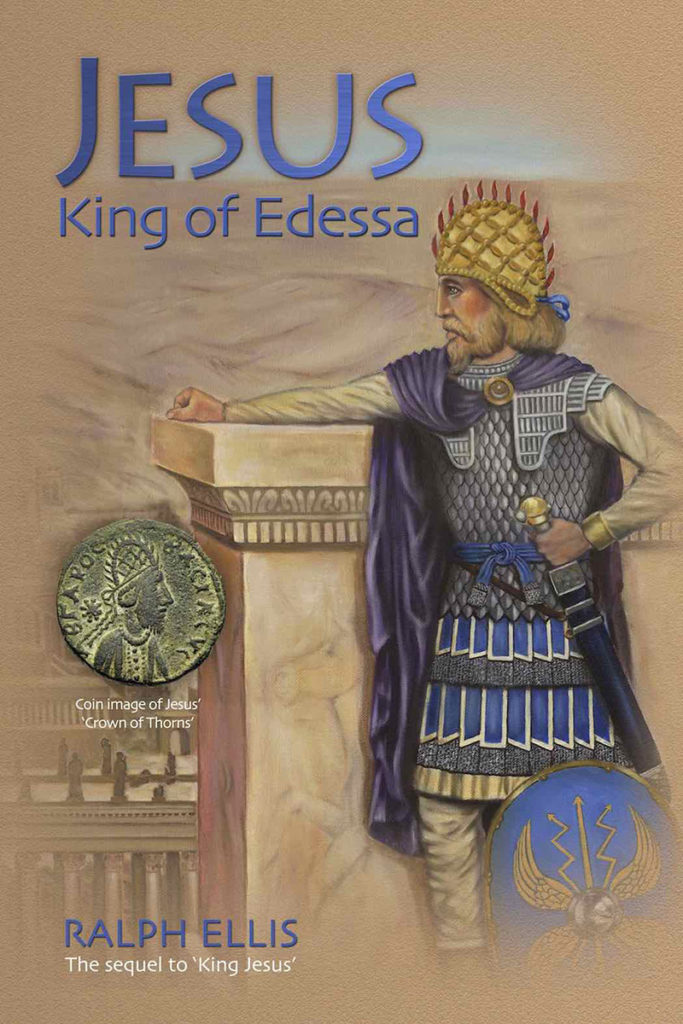